How to grow through your imagination

Meaningful growth and development does not come automatically. To grow means to create a future that is greater and in some way better than your past. Growth is a sign of health. It is a sign of life. All living things grow.

Creating a future that is greater than your past is essentially an act of your imagination. You have to be willing to go there. That for most people is easier said than done. If growth is about creating a future greater than your past, then the first step is having the faith to believe a greater future is possible. You don’t need to see the whole path, but you can have faith to take the next step. And the next step. And the one after that again and again. (Also see The Law of Process). 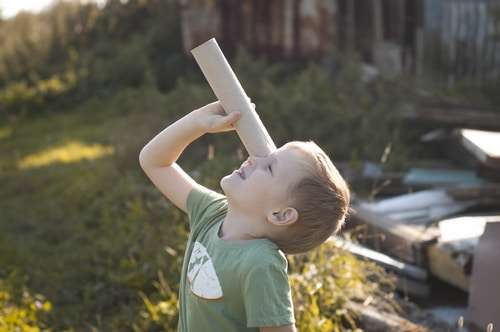 Creating that vision of the future is an act of faith, drawing on your imagination.

In other words then it is in the quality not the quantity of our thinking in our information saturated world that all future potential lies.

As Einstein put it, “The significant problems we face cannot be solved at the same level of thinking we were at when we created them.” So to create a better future we have through our imagination to change the quality of our thinking.

I’ve been struck how the opening verses of Genesis in the Old Testament imply this with the story of creation. God spoke – or, put it another way, He expressed a thought – and it was so from light to the heavens to dry land to the celestial bodies to the fish of the sea and animals. While you and I are certainly not God, we are God-like in that we are created in His image. Even with all our weaknesses and failings, it is staggering what we are capable of through the quality of our thinking.

Everything is created twice – first in the mind and then in the physical world. As human beings made in the image of God we see the outworking of that everywhere around us. Just look around the room you are sitting in right now. Everything, apart from the people and plants in your room was once a thought in the mind of another human being – from the chair you are sitting on to the paper clip on your desk to the computer you are reading this from.

“It is a serious thing to live in a society of possible gods and goddesses, to remember that the dullest most uninteresting person you can talk to may one day be a creature which,if you saw it now, you would be strongly tempted to worship, or else a horror and a corruption such as you now meet, if at all, only in a nightmare. All day long we are, in some degree helping each other to one or the other of these destinations. It is in the light of these overwhelming possibilities, it is with the awe and the circumspection proper to them, that we should conduct all of our dealings with one another, all friendships, all loves, all play, all politics. There are no ordinary people. You have never talked to a mere mortal. Nations, cultures, arts, civilizations – these are mortal, and their life is to ours as the life of a gnat. But it is immortals whom we joke with, work with, marry, snub, and exploit – immortal horrors or everlasting splendours.”

With those sobering words and a realisation of what is at stake, there is power in asking a future focussed question. One that I have found particularly powerful when coaching is, “If we were sitting here three years from today, looking back on today, what would have to have happened for you to feel happy with your progress?” The power of such a question is that it is not so far in the future it feels out of reach. Also it forces you to think with both your head and your heart.

As you use such a question to create goals for yourself, you begin to move out of your past and create a bigger future. If such a question leaves you feeling blank then a good place to start is to think about a handful of your accomplishments in the last year and then think what would represent a further achievement in each area. For other people building on the past does not seem exciting enough. In that case, going as far back in your life as you have to, think about what you love to do most that gives you energy. Then ask yourself, “How can I do more of that?”

The fact is if we use our imaginations then there are no limits to the possibilities.

How can you grow through your imagination?

6 thoughts on “How to grow through your imagination”