When it feels as if you will never get there

Its that proverbial chant of little children on a long journey from the back seat of the car, “Are we there yet?” They are getting bored and fidgety about reaching the destination they are travelling with their parents to. Every 5 minutes that same question comes. And yet in many ways we never grow out of it. 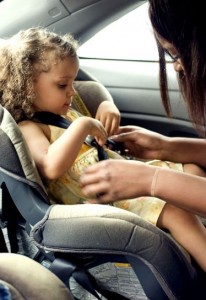 We all have dreams and aspirations. We all live with a sense of wanting to find deep and lasting fulfilment. Some of us are better at articulating that than others.

One of my favourite writers, Gordon Macdonald talks about how each decade of life presents us with critical questions for which many of us are unprepared. They are the grown up versions of the child’s ‘Are we there yet?’

He divides life into thirds:

In the first third of life there is the sense of newness. We do lots of things for the first time. Maybe we go to university, we find love, we get  married, we have children, we make money, There is the novelty of anticipation. There is idealism and raw energy to push ahead to succeed and accomplish. When we reach ‘there’ we think we will find the fulfilment we long for.

By the second third of life there is a sense of sameness. What once promised fulfilment, although good, does not seem quite enough. There is more responsibility and less novelty. A realisation perhaps that things are not changing as I would have hoped or wished for. The critical question at this stage is, ‘Will things be any different?’

There is the temptation to do foolish things we can come later to regret. For some it leads on to the so called, ‘mid-life crisis’. Macdonald talks about a pivotal age of 47 when that desire for novelty, the last pangs of idealism and the remains of raw energy leads to rash impulses to reclaim lost youth.  (Also see Midlife: Crisis or Chrysalis?)

Or alternatively there can be what Thoreau described as, “The mass of men lead lives of quiet desperation, and go to the grave with the song still in them.” By that I take it to mean a resignation that the old dreams and longings were all a fantasy. There is no point longing for anything different – we are here and there is nothing better to long for.

And then there is the last third, a sense of doing things for the last time. For some its a new liberation without the responsibility of children. In other words,  doing what have humorously been called, SKI plans – Spending the Kid’s Inheritance! All well and good while health is good and the money is there, but there is also that on-going longing and desire for something more – assuming it has not been extinguished.

And what if I die with a sense of incompleteness? A sense of never having quite reached where I wanted to be? With that song still inside of me?

For that I turn to another writer, J. R. R. Tolkein and a little known book of his called ‘Leaf by Niggle‘. To be honest, I never got to finish the book (yet), but the synopsis of the story is so inspiring.

Tolkein’s other work is hugely popular – ‘The Lord of The Rings,’ arguably one of the greatest fantasy novels of the twentieth century. It was an obsession for Tolkein, but during the dark days of World War Two, Tolkein had to face the painful realisation that during such turbulent times it was very possible he might die without completing his life’s work. It was in that context Tolkein wrote this short story about a man called Niggle.

Niggle was an artist who kept finding himself being distracted from his work (nothing new there!). Well meaning neighbours and friends would keep asking favours from him and as he neared the date for his long “journey” (a metaphor in the book for death), he worried he might never finish his life’s work.

What was his life’s work? The painting of a tree. As it came time for him to leave, he looked at his painting and as he feared, he saw it was unfinished. All he had been able to do was a small leaf and a few sketchy details. The majority of the painting he hoped and longed for would someday happen never did.

Here is how Jeff Goins in his book, the Art of Work builds on this:

‘We all can relate to such regret, the pain of leaving some project undone, fearing we will never return to them. But there is an interesting twist to the end of Tolkein’s story. When Niggle completes his journey and enters the afterlife, he sees something he can’t believe. Sitting there, in all the glory he imagined, is the tree he never finished.
The work that was not completed in this life was finished in the next.
Many of us fear what Hemingway feared – that we will die with important work still left in us. “We are all unfinished symphonies,” a friend told me one morning over breakfast. He was telling me about his dad who, on his deathbed, made a halfhearted attempt to repent for a lifetime of abuse. It wasn’t enough for my friend, nor should it have been, but he relaxed in that moment that he had to let it go anyway. He had to be okay with a lack of resolution, at least in this life. Niggle learned the same thing.

When it comes to your work there will be things you won’t accomplish. This is the work of an artist who bravely steps into their field with aspirations, while recognising the work will never be finished. To paraphrase Leonardo da Vinci, we can never complete the task. We only abandon it. The challenge for any artist – and we are all creating something on the canvas of our lives – is to do our work well while letting go of the result. If we don’t do this we may very well drive ourselves and those around us crazy. And that the real tragedy – not that we leave this world with work unfinished, but that the work robs us of the life we could have lived. The right choice isn’t to retire, to simply settle in and invade death. It’s to work hard and passionately, but to acknowledge the limitations of what one life is capable of.’

How do these musings on incompleteness and unfinished work resonate with you?