How much money do you actually need?

CAN MONEY BUY HAPPINESS? How much money do you need? 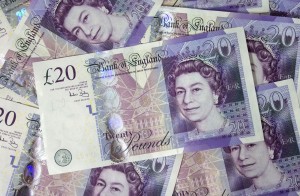 Don’t worry I am not asking you for any money!
It seems such a ridiculous question to ask, but there is more to the question of money and happiness than might at first be apparent.

Books, internet articles and advertising come at us in every direction about making more money or finding ways to increase our wealth. We live in a world that bombards us with information, tools and tricks to make more money.

And yet the vast majority of us have had very little in the way of formal education about how to manage personal finances or wisely steward the material resources we have been given.
If I could ask you the question, how much money do you need to be happy, I can almost guarantee your answer……

Just press the continue button and scroll down a little bit further!

You would want a little bit more than you already have! (That by the way is my answer as well!)

And at the same time we can feel guilty when we compare how much we have with those who live in desperate poverty around the world.

In a national survey of American individuals published in 2008, those questioned thought their satisfaction with life would double if they made $55,000 rather than $25,000. Sounds logical; more than double the income, double the happiness. However, the research actually showed that people who earned $55,000 were only 9% more satisfied than those earning $25,000.

Research from around the world and across cultures consistently shows that once you get above subsistence level, income has surprisingly little influence on whether people smile, laugh, and experience enjoyment on a typical day.

And in the United States once people are earning around $75,000 a year , then making more money has NO IMPACT AT ALL on their day-to-day feelings of happiness.

Another interesting research finding is a survey of 43 countries by the Pew Research Centre of Washington. Published on 30th October 2014, it showed that people in the so-called emerging markets (that includes countries such as India,South Africa, Brazil, Russia) had almost the same level of satisfaction with their lives as people in rich countries.

By 2014, 54% of rich-country respondents counted themselves as happy, whereas in emerging markets the percentage had jumped to 51%.

Other findings were that:
– Women tend to be happier than men.
– Married people are happier than unmarried ones.
– Latin Americans are more satisfied than people in other emerging markets.
– Asians are the most optimistic and Middle Eastern people the least.

In a previous post we have discussed how research appears to show that life circumstances only account for 10% of a person’s overall level of happiness. (See What Do You Think Makes You Happy? and Why I Am Working On Becoming A Happier Person).
Money has a place in our lives, but we have to be so careful not to delude ourselves by giving it ultimate value. Here is how an anonymous author has put it:

Money will buy a bed but not sleep; books but not brains; food but not appetite; finery but not beauty; a house but not a home; medicine but not health; luxuries but not culture; amusements but not happiness; religion but not salvation; a passport to everywhere but heaven.

I can’t think of better wisdom than Paul’s instruction to Timothy in the New Testament (chapter 6 verses 4-10). This is how it is translated from the Greek in the Message version. It is well worth pondering over:

“A devout life does bring wealth, but it’s the rich simplicity of being yourself before God. Since we entered the world penniless and will leave it penniless, if we have bread on the table and shoes on our feet, that’s enough.
But if it’s only money these leaders are after, they’ll self-destruct in no time. Lust for money brings trouble and nothing but trouble. Going down that path, some lose their footing in the faith completely and live to regret it bitterly ever after.”

What are your thoughts on our tendency to put so much emphasis on money and possessions?