Finding momentum in your life

A train when it is going fast enough and has sufficient momentum can knock down a concrete wall. That same train if it is stationary and has a one inch block in front of the driving wheel on the track will not be able to even start. 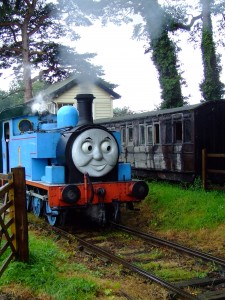 In life with no momentum a one inch size problem can stop you. But with momentum you can make incredible progress and hardly notice that there was a problem there in the first place. Such is the power of momentum. John Maxwell’s 16th law of leadership says that momentum is a leader’s best friend. Why? Because many times it is the only thing that makes a difference between losing and winning. In other words, winning and momentum go together like losing and loss of momentum go together.

But what is momentum? Put most simply momentum is forward motion fuelled by a series of wins. When you have momentum on your side then , the future looks bright, obstacles appear small and troubles seem of little significance. But with no momentum even the simplest tasks can appear impossible.

In a strange way negative circumstances handled the right way can become the fertile soil for a burst of positive momentum. The reason? It is because the apparent problem so often is not the real problem. The problem is that you think the problem is a problem so the problem that isn’t really a problem becomes a problem! (You may have to read that a few times to get the meaning!) However, when there is clarity about the real issue then the energy and emotion that the negative experience produced can be harnessed to move forward. Or as Dan Sullivan puts it, “All those things that seem to oppose our goals are actually the raw material for achieving them.” It is rather like how a rocket needs to overcome the negative pull of the earth’s gravity to launch into space. More energy is spent in the first few minutes of lift-off, in the first few miles of travel, than is used over several days to travel the half of million miles to get to the moon.

Here are 4 truths about momentum:

Momentum begins first of all inside the leader and then spreads outwardly.

It starts with a vision, passion and enthusiasm. But that is only the starting point. As the leader consistently models these qualities they will attract like-minded people. As others see forward progress  this will have a cumulative effect. Its rather like a snowball running down a hill, getting both faster and bigger over time.

Motivation is a key factor in developing momentum.
And the first step towards building motivation is to remove those things and people who are demotivating. Even one person who has say a cynical or negative attitude can have a devastating effect on a team. So often I have experienced how removing a negative member of a team can have such a dramatic effect.

To encourage momentum it is essential to celebrate small accomplishments.
Momentum by nature starts gradually and is sustained by continual improvement. It comes from small things done consistently over a long period of time. That is why to keep motivated it is so important to acknowledge and celebrate how far you have come rather than dwelling in the gap between where you are and where you eventually want to be. (For more on this see Which Way Are You Looking?)

Momentum exaggerates everything like a  magnifying glass.
In a positive way momentum makes you look better than you really are. It produces confidence and forward motion. The opposite is also true in that when there is a loss of momentum or a negative momentum of defeats then they too can become self-fulfilling.

Understanding why momentum is happening and harnessing its power to steer yourself and your organisation are vital skills to develop as a leader.

Where do you need momentum in your life?