Why I struggle with religion

That may come as something of a surprise to you, but yes I do struggle with religion. 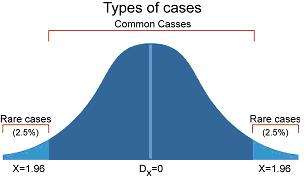 When I say that I am not referring to any one religion in  particular, but with the entire premise behind religious thinking. It appears to me that whatever our religious background or professed faith or even lack of any faith, there is the same premise at the back of our minds. What is that premise?

If God accepts me on the basis of what I do, then what exactly should I be doing and how much doing is good enough?

If we think of the classic bell-shaped distribution curve as  a model for goodness with numbers of people on the y-axis and levels of goodness on the x-axis, then we can pretty well agree on the outliers. On the one extreme we have relatively ‘good’ people who most of us would agree were ‘good’ people – Mother Theresa, Gandhi, Nelson Mandela are examples that come to mind. On the other end of the curve are those we would generally agree were towards the ‘bad’ end – people such as Hitler and Stalin.

And the rest of us are somewhere in the middle. And that is the problem. We can agree on the extremes, but using this paradigm of doing good where do we draw the line? If we arbitrarily say 51% goodness, and everyone above that deserves to be accepted, then what about the poor person who is only 50% good by their deeds? And then the person who is 52% good – does it seem fair they should be accepted?

Or take two humourous example.
You are driving along the road and go through a red light. The policeman stops you and proceeds to give you a ticket. Imagine saying something to the effect, “Give me a break, Police Officer! I’ve been driving for more than 30 years and this is the first time I have gone through a red light!” Could 30 years of faultless driving compensate for one offence?

Or to be even more ridiculous, say I murdered someone. Could I make a plea to the judge, “Your honour, I know I did wrong, but I have had problems with anger all my life and this is only the first time that I actually allowed it to get out of control!”

Religious thinking says that God measures up my good deeds against my bad and so long as the good outweighs the bad then He will accept me. But we know in everyday life that does not work.

In my own personal journey I have been aware how much religious thinking permeates me. When I was in my teens just before exams I would find myself praying much more. It was as if I was trying to prove to God that He should bless my studies because of my level of devotion to Him.

In my first year at university as I struggled with questions of identity and belonging that also led to a period of depression, I became acutely aware of how much within me was not right and dishonouring to God. I could ‘do’ apparently ‘good’ things on the outside, but my heart was and is filled with so much junk that I lacked congruency between the outside and inside. (For more on that see video at Just As I Am).

Coming to faith in Christ as the One who has lived the perfect life has been a first step, but I still find within me a bent or proclivity towards religious thinking. I now know that I am accepted on the basis of what Christ has done on the cross and not my own performance, but it is so easy for my emotional health to be governed by how I perceive I am doing.

So if I perceive myself to be doing relatively well – doing the things I need to do or getting appreciation from others for example, then it is easy to feel good about my performance to the verge of pridefulness. On the other hand, when I am struggling to keep up, when I find I am disappointing others then there is the temptation to go towards despondency or even despair.

However, what if the basis of my acceptance had nothing to do with my performance? What if if were based on the performance of someone who was perfect in every way? Whose life was sacrificed for me so that I could be right with God?

I love the simplicity and depth of the old Anglican prayer:

“Almighty God, our Heavenly Father,
We have sinned against you and against our neighbour, in thought, word and deed;
Through negligence, through weakness, through our own deliberate fault.
We are truly sorry and repent of all our sins.
For the sake of your Son Jesus Christ, who died for us, forgive us all that is past;
And grant that we may serve you in newness of life, to the glory of your Name.
Amen”

So I struggle with religion because it gets in the way of experiencing and knowing how much I am truly loved. Religion puts my performance ahead of the One who has done everything for me. I need reminding of that everyday. (For more on this see A Day That Changed The World and 4 Personal Implications Of The Resurrection).

What questions and comments does this post raise for you? Do you see this tendency to religious thinking and relying on your performance in your own mind?

9 thoughts on “Why I struggle with religion”