What is so good about Good Friday?

As a child it was a question that baffled me for a few years. Every year that day would come with predictable regularity. But what is so good about Good Friday? Why do we call it good? When I asked them, my Hindu Punjabi family did not know. When I would ask the English teachers at school none of them seemed to have an answer either. it appeared to make no sense. 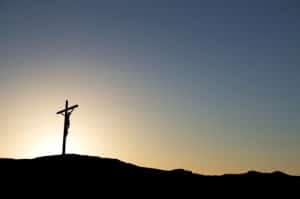 So I concluded Good Friday was good because it was a public holiday! Yes it had something to do with the death of Jesus Christ on the cross, but why should such a horrific and brutal death be called good? The day marking the death of no other major religious leader is described in terms of being a good event. On the surface it does not appear to make much sense at all.

However, the more you look into it the more interesting and surprising it becomes. The death of Christ commemorated on Good Friday is good because it was ordained by God Himself. As brutal, undeserved, unjust  and horrific as it was, it was no accident. But most of all it is good because of what it achieved.

Chapter 53 from the book of the prophet Isaiah in the Old Testament, written 700 years before Christ was even born says in verses 10-12:

“Yet it was the LORD’s will to crush Him and cause Him to suffer, and though the LORD makes His life a guilt offering, He will see His offspring and prolong His days, and the will of the LORD will prosper in His hand.
After the suffering of His soul, He will see the light of life and be satisfied; by His knowledge my righteous servant will justify many, and He will bear their iniquities.
Therefore, I will give Him a portion among the great and He will divide the spoils among the strong, because He poured out His life unto death, and was numbered with the transgressors. For He bore the sin of many, and made intercession for the transgressors.”

One of the many surprising things about this passage is that the word translated ‘will’ from the original Hebrew in verse 10 is also translated elsewhere in the book of Isaiah by the word pleasure. With that in mind now read this translation of verse 10:

“Yet it was the LORD’s PLEASURE to crush Him and cause Him to suffer, and though the LORD makes His life a guilt offering, He will see His offspring and prolong His days, and the PLEASURE of the LORD will prosper in His hand.”

So the surprising thing Isaiah is prophesying over 700 years before it happened was that on the very first Good Friday it was not just God’s will for crush and kill His Son, but it actually brought Him pleasure! it actually pleased God for His Son to be crucified. This seems to be getting more confusing!

What Isaiah is saying to us is not that God took some kind of sadistic pleasure in Christ’s death. When God the Father saw Jesus bearing the wrath of God in His body against mankind’s rebellion and sin, yes His heart would literally have been broken. This was the only time in all eternity when the deep friendship of love between the Father, Son and Holy Spirit was torn and broken. Jesus’ death on the cross caused God the Father unimaginable pain.

So why did Jesus’ death cause God great pleasure? What is so good about Good Friday?
The point is that God took no pleasure in the suffering of His Son, but God took great pleasure in what that suffering would achieve.
God knew that the death of His Son would have enormous and eternal consequences for Jesus and for us.
In the next blog post we will look at what the cross achieved for Jesus and what the cross achieved for us.

For a taster of that and more on Good Friday also see A Day That Changed The World and 4 Personal Implications Of The Resurrection.

For more on the identity of Jesus Christ and the prophet Isaiah see What Is The Message Behind Christmas?

What do you understand about the good behind Good Friday?