4 personal implications of the resurrection 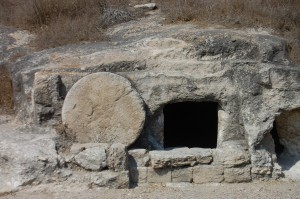 In our last blog post we talked about a day that literally changed the world. That first Good Friday 2000 years ago marked the day, the Bible teaches, when God came in human form in Jesus Christ to die for the sins of the world.

But Jesus did not stay buried in his grave. Three days later he rose from the dead! In John’s Gospel in the New Testament (20:19-20) we read:

On the evening of that first day of the week, when the disciples were together, with the doors locked for fear of the Jewish leaders, Jesus came and stood among them and said, ‘Peace be with you!’  After he said this, he showed them his hands and side. The disciples were overjoyed when they saw the Lord.

Assuming this is true, it is quite incredible. Jesus 3 days after his brutal death on the cross comes past locked doors and walls to appear out of thin air in front of terrified disciples. Was he some kind of ghost or a common hallucinogenic experience?

While they were still talking about this, Jesus himself stood among them and said to them, ‘Peace be with you.’ They were startled and frightened, thinking they saw a ghost. He said to them, ‘Why are you troubled, and why do doubts rise in your minds?  Look at my hands and my feet. It is I myself! Touch me and see; a ghost does not have flesh and bones, as you see I have. When he had said this, he showed them his hands and feet. And while they still did not believe it because of joy and amazement, he asked them, ‘Do you have anything here to eat?’  They gave him a piece of broiled fish, and he took it and ate it in their presence. He said to them, ‘This is what I told you while I was still with you: everything must be fulfilled that is written about me in the Law of Moses, the Prophets and the Psalms.’

So the resurrected Jesus makes clear to his disciples that he is not a ghost and even more amazingly he eats a fish in front of them! Also he does not have a reincarnated body, but a resurrected body with memories of the past when he was with his disciples.

But what does the death and resurrection of Jesus have to do with me and life in the 21st century?

What are the personal implications?

Let me briefly give four.

1. We can find strength to fight against the suffering and injustice of this world.

The resurrection of Jesus shows that the suffering of Jesus had an ultimate purpose. It was not just the tragic end of a noble life.  Because Jesus rose from the dead, this world is not an illusion that we need to escape. Rather this world is in the process of being transformed and we are called to join God in that transformation process. Evil and suffering will not ultimately have the upper hand.

2. We can at the same time find rest for our restless hearts.

All of us have a sense of feeling we have missed out on something or we wish we could have. Our hearts can so easily say, ‘if only….’ (you fill in the blank). It is so easy to say what I am missing is not important or not good. But that is a bit like the story of the fox and the sour grapes. When the fox could not get the grapes he longed to eat as they were too high for him to reach, he comforted himself by saying they probably did not taste vey nice anyway! The resurrection of Christ shows us that the best is yet to come. The apostle Paul writing just over 20 years after the resurrection was able to tantalisingly write (1 Corinthians 2:9):

What no eye has seen,
what no ear has heard,
and what no human mind has conceived’ –
the things God has prepared for those who love him

3. Love for others and the pursuit of their personal transformation is the greatest investment that there is in this world.

Because of the resurrection the disciples are able to be reunited with Jesus. He shows them his hands and feet and reminds them that although he is resurrected it is still him. He is still linked to the past.  His love for his disciples has triumphed and their friendship is tranformed, taking them to a new level of love and intimacy. We are on a journey of personal transformation and the final outcome is beyond our wildest imagination. It is like comparing a seed to a flower or an acorn to a mighty oak tree. The bible teaches what we invest in people now will explode with full force in eternity. Here is how C. S. Lewis puts it:

“It is a serious thing to remember that the dullest and most uninteresting person you talked to may one day be a creature which if you saw it now you would strongly be tempted to worship or else a horror and corruption such as you now meet if at all only in a nightmare. All day long we are in some degrees helping each other to one of these destinations. It is in the light of these overwhelming possibilities, it is with the awe and circumspection proper to them that we should conduct all our dealings with one another, all friendships, all love, all play, all politics. There are no ordinary people. You have never talked to a mere mortal. Nature, culture, art, civilisation. These are mortal and their life is to ours as the life of a gnat.”

So either you and I will drown in our own selfishness and self-centredness or we will blossom and explode into something that is so radically beautiful that is literally out of this world. What I do, how I live and the choices I make in this life really do matter.

4. Ultimately in Christ, there is nothing to fear – not even death itself.

All of us are afraid of something. The disciples in the passage from Luke’s Gospel were terrified as they thought Jesus was a ghost. But by revealing himself to them he is able to show that he has conquered the ultimate enemy which is death itself. The thing we fear the most, the fear behind all fears is the fear of death. Why are we so afraid of death? I think it is because we have a nagging sense that we are not good enough for God who is so holy and pure. But as I understand that He has died for me, that He has paid the debt I owe for me, and that He has proved the debt has been paid by rising from the dead, then I can have this amazing confidence.

What do these personal implications of the resurrection say to your life?

Whether these are old ideas to you or completely new it would be great to hear from you.

Please feel free to leave your comments below.