Could this be the real James Bond?

All through my life I have often been on the look out for heroes. I remember as a child first being drawn to Superman. Later on at the age of about 8 I went to the cinema with my Dad to watch the actor Sean Connery play James Bond. Subsequent Bond movies have continued to make him out to be a hero worth admiring. 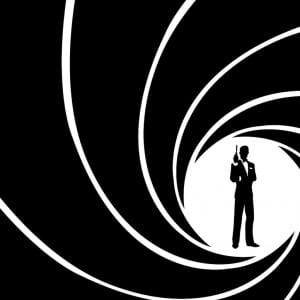 But growing up I found it harder and harder to identify with Bond. He was way too athletic, had the emotional sensitivity of a bull in a china shop and treated women in a way that as a growing teenage male made me feel a combination of envious, embarrassed and guilty. But Bond’s one redeeming timeless feature is his ability to overcome obstacles and challenges in amazing and incredible ways. The only problem is you have to keep reminding yourself it is all fiction!

That’s why learning about the real James Bond has been so much more enriching and meaningful. Who am I referring to?

James Bond Stockdale (1923-2005). You may never have heard of him, but his life and experiences have so much more meaningful to teach than the Bond of fiction. Here is a short synopsis of his life:

After his release, Stockdale became the first three-star officer in the history of the navy to wear both aviator wings and the Congressional Medal of Honour.
From 1981 to 1993 he was a professor at the Hoover Institute of Stanford University.
In 1992 he stood as vice president candidate in the presidential election.

By any stretch of the imagination these are truly remarkable achievements. What was it about James Bond Stockdale that could enable him to live with such courage, fortitude and resilience? What are some of the principles and lessons we can learn from his life?

Indeed what can this remarkable soldier teach us about dealing with life’s challenges – especially in an increasing VUCA world?

In the business book, Good To Great by Jim Collins, Collins writes about a conversation he had with Stockdale regarding his coping strategy during his imprisonment. Here is what Stockdale said to him:

“I never lost faith in the end of the story, I never doubted not only that I would get out, but also that I would prevail in the end and turn the experience into the defining event of my life, which, in retrospect, I would not trade.”

When Collins asked who didn’t make it out of Vietnam, Stockdale replied in a surprising way:

This is a very important lesson. You must never confuse faith that you will prevail in the end—which you can never afford to lose—with the discipline to confront the most brutal facts of your current reality, whatever they might be.”

We will explore this in more detail in the next post, but for now we can summarise it in what Jim Collins calls The Stockdale Paradox. It can apply to any of life’s many challenges:

You must retain faith that you will prevail and survive in the end regardless of the apparent difficulties and challenges while at the SAME time be able to embrace and confront the most brutal facts of your current reality whatever they might be.

That is what is so fascinating about Stockdale. He was able to embrace the huge challenges before him and at the same time maintain a consistent belief in his ability to overcome.

In a future post we will explore how this James Bond evolved in his thinking to handle his harrowing circumstances and what we can learn for our own lives.

(Also see What Is Resilience And Why Do You And I Really Need It? along with 8 Principles That Can Affect Your Level Of Resiliency.)

By understanding Stockdale and the lessons from his life you may never look at James Bond the same way ever again!

2 thoughts on “Could this be the real James Bond?”