What does it mean to live with intention?

I don’t know who originally said it, but apparently there are only 3 kinds of people in the world. Those who make things happen; those who watch things happen; and those who say, “What happened?”! 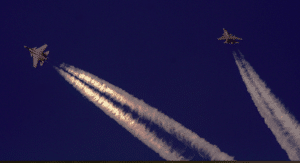 As well as being somewhat amusing I am also struck by how insightful such a saying is about human nature. It is so easy to go with the flow of whatever is going on around us or get distracted by whatever is latest or loudest in our lives. And at certain times and seasons of life that can be absolutely appropriate. For example think about the stay-at-home parent with the responsibility of children or the receptionist or administrative staff in a busy office. Or the sudden emergency at home with an appliance or device.  In all those instances it is absolutely appropriate to react to the pressing needs of the moment. Not to do so could lead to disastrous consequences!

The danger it seems to me is when we live the majority of our life reacting to what is outside of ourselves rather than in response to the long standing God-given longings, beliefs and desires that have been placed deep inside of us.

Here is how writer Carissa Lada describes how she and her then husband spent much of their lives without intention:

‘Most of our activities involved going out to eat, planning which movie we’d see that weekend, or awaiting our favorite shows on TV. We had certain shows we looked forward to each night of the week. It was fine for a while, but I began to have this growing feeling like I was missing out on, well, life. I didn’t want to look back on my life in 20 years and say, “Well I saw every episode of [insert show], so I feel really accomplished!” This growing desire to get more out of life caused a rift in my marriage, and was one factor that ultimately led to its demise.’

So what is intention? At its simplest it is about living with an aim or a plan. But when we talk about living intentionally it is also more than that – it is a choice to deliberately pursue what is significant over the long term rather than the short term. It is to get more out of life than what I see in front of me with the vast myriad of choices and challenges to deal with.

Or taking the words of C. S. Lewis:

“The moment you wake up each morning, all your wishes and hopes for the day rush at you like wild animals. And the first job of each morning consists of shoving them all back: in listening to that other voice, taking the other point of view, letting that other, larger, stronger, quieter life come flowing in.”

Take the example of the airline pilot. Before the plane takes off, the pilots have a  flight plan. They know exactly where they are going to start from and (hopefully!) where they are going to end up. However, during the course of the flight, factors such as changing wind patterns, rain storms, air turbulence, even human error, all act upon the plane and will affect its flight path.

When it comes to keeping to the flight path pilots are also aware of what is called the 1 in 60 rule. This states that if a pilot has travelled sixty miles then an error in track of one mile is approximately a 1 degree error in heading, and proportionately more for larger errors. So if a plane flew from New York to San Francisco and was just one degree off its course, it would go one mile off course for every sixty miles flown. That plane would end up 43 miles away from the intended location. And that’s just one (barely perceptible) degree – 1/360th of a circle!

At the same time living with intention means living with the reality of the day to day pressures and responsibilities of our lives. How do I find the inner strength and clarity to give them the appropriate level of attention that they deserve, without allowing myself to become completely side-tracked and deviated from my purpose?

Contrary to what it may seem, it is not about a huge herculean effort. Rather it is in the small deliberate choices taken on a day-by-day basis. (See the Law of Process)

What questions and challenges do you face when living with intention in your life?