We have been looking at the importance of a right attitude in our previous blog posts (See The Importance of Right Attitude Part 1 and part 2).

We are now going to look at some principles on attitude that I think can be helpful to consider. This post will cover the first principle. 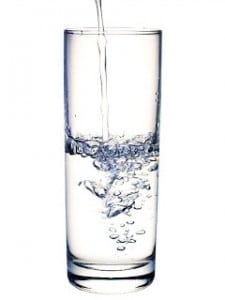 1. My attitude when beginning a task is crucial to its future outcome.

As someone has once said, ‘if you think you can or you think you can’t, you’re right!’ A negative attitude will prevent me from even starting a new task and thus missing out on any potential benefit or reward. An Old Testament story (see Numbers 13) of this is that of the 12 spies sent into the Promised Land. All 12 saw the same things, but the attitude of 10 was very different to that of Joshua and Caleb. Those latter two could see the potential and were positive about capturing the land with God’s help. The other ten could only see themselves as small and weak, displaying a  false modesty that prevented them living up to all that God had for them.

A more modern example is from the stereotypes of different nations when it comes to take on new tasks and opportunities.We can compare the examples of Americans, the British and South Asian Indians.

Although I am making wide generalisations, it has certainly been my experience to an extent when interacting with these different groups of people and I do think history bears this out to a degree.

Classically Americans by nature have very much been a people who are willing to take chances, and get up and have a go at a new endeavour or enterprise. Historically, there is something about the people who emigrated to the US tended to be adventure seeking forward focussed and willing to step out in to the unknown with an optimistic attitude of  ‘we will succeed and prosper’.I have also heard an American Tim Keller say that it was those Europeans who were restless and unable to sit still at home were the ones who emigrated in the 19th and 20th centuries! However, whatever the cause this led to an attitude of, to put it more simply, one of  ‘fire, ready aim’. That is an attitude of let’s just get going and work it out as we go along. Things don’t have to be perfect before we start. We will find a way through. So while it is a great mindset to get started, there is a weakness in not fully thinking through the implications of your actions.

By contrast the British psyche and attitude has over approximately the last 100 years been one of looking for all the problems with an idea and thinking through all the reasons why  something is not possible to achieve. At its extreme this can lead to ‘analysis paralysis’ and a fear of failure leading to in many cases an unwillingness to take risks. Or to put it more simply, its ‘aim, aim, aim, aim…..!’ Historians point to a significant shift in the British mindset following the horrors of World War 1 and the declining influence of the Empire that brought about this kind of thinking.

The third example is of South Asian Indians. The classic stereotype of this group (which is where my roots are from) is summed up in the one word DHAMKA, which basically means we don’t care about getting it right or even what the plan is, but what we do want is a loud noise or a big impact! In other words, lets just create a big fire! The emphasis is more on impact than actual content or plans.

Hopefully, I have not now offended all my American, British and Indian readers! (I even decided to write that in alphabetical order!) I certainly don’t want to say one mindset is better than the other. There are times when it is right to get up and get going, but there are also times when it is vitally important to carefully think through all the possible consequences as well as a time to diligently seek to have the maximum impact. But what you need is wisdom – capability in the complexities of life when the rules don’t help.

(For more on this see the posts on Wisdom and Emotional intelligence Part 1 and Part 2 along with Wisdom, Emotional Intelligence and An Appropriate Godly Fear. It is also worth considering the role of tiredness and fatigue on our attitude – see post The Difference Between Talking to Your Heart and Listening to Your Heart.)

Whatever I choose to do or not to do, is my attitude primarily one of hope and expectation or one of fear and negativity? (For some famous examples see The Importance of Right Attitude Part 2 along with the principles of Wonder Filled Bold Humility).

The point I want to make here is the power of attitude at the start of a new endeavour is a powerful predictor of future outcome. If you think you can or you think you can’t do something you will inevitably be right!

These are the words of James the brother of Jesus from the first century AD (James 1 verses 3-5) in the Message Translation:

“Consider it a sheer gift, friends, when tests and challenges come at you from all sides. You know that under pressure, your faith-life is forced into the open and shows its true colours. So don’t try to get out of anything prematurely. Let it do its work so you become mature and well-developed, not deficient in any way.”

Such an attitude that looks to God’s hand is able to trust that even if I make a wrong turning or decision, I can be confident of the One who is control and has a greater purpose.  It is helpful to consider which of the 3 stereotypes I am more inclined or naturally tend to go for – to quickly step out, to cautiously hold back or to be focussed solely on external impact. Growing in wisdom is learning to see the strengths and weaknesses of each approach and responding appropriately as the context demands, but with an attitude of hopeful expectation.

As Billy Graham loved to say, “I’ve read the last page of the Bible and it turns out all right in the end!”

How does this provocative principle about attitude resonate with you? Do you agree or maybe strongly disagree?

It would be great to have your thoughts and comments below.