How do I cope with stress in my life? Part 1

Talking about stress and its consequences is such a common feature of modern life.  Practically everyone we seem to come across talks about how they are struggling to do more with less or the toll that workload pressures is having upon them. We have discussed this in previous posts such as 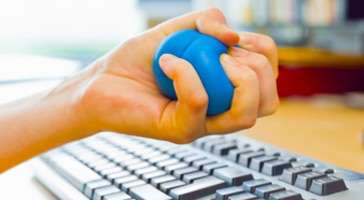 Statistics on the impact of stress include:

– a significant link to all the leading causes of death, such as cardiovascular disease, cancer, accidents and suicide.

– a very high proportion of visits to primary health care providers (GPs) are due to stress-related problems.

– a prevalence of up to 40% of all work-related illnesses in the UK.

But what do we mean by stress? Why is it important and what can we do about it?

The word ‘stress’ is used in both a confusing and ambiguous way. The reason it is confusing is that the word can refer to a wide range of mental, physical and social ill-health, be that at home or at work. It can also be ambiguous as it can refer to an external stimulus acting on the individual or how an individual reacts to that stimulus. More on that later.

The word stress actually comes from the world of physics where it was used to define the intensity of a force per unit area. It comes from the Latin word stringere which means ‘to draw tight’.

Stress seems to arise from an imbalance between demands and resources.

In 1936, Hans Seyle, an Austro-Hungarian endocrinologist and Noble prize winner proposed 3 stages to the stress response:

The alarm reaction – also called the fight or flight response of the sympathetic nervous system of the human body. When you feel angry or frightened hormones from your adrenal glands instantly prepare your body for emergency action. Your blood sugar level rises and your heart rate speeds up to pump blood to your muscles for instant fighting or a short burst of running. This is an important bodily reaction to deal with extreme danger or threat in the physical world – such as being attacked by a wild animal or to rescue a loved one in extreme danger. However, in the 21st century this same reaction is triggered by the challenges of modern life such as sudden work pressures or demands coming at us from all sorts of directions, often because of our constant unfiltered availability through technology. It has been shown that the average ‘adrenal rush’ of a commuter stuck in traffic supplies enough glucose to keep him or her running for a mile.

The stage of resistance  – if you feel continually threatened, your body continues to be in a state of constant sympathetic nervous system arousal potentially for as long as weeks or months. Carried on like this and you begin to feel increasingly anxious, fatigued  and possibly with wide variations in mood.

The exhaustion stage – this occurs when the threat becomes chronic and can lead to what is commonly described as burnout. There is a marked reduction in body energy and immunity with significantly increased risk of high blood pressure, heart attack, stroke, ulcers and cancer.

Quite a worrying and stress-inducing series of events!

However, after he retired Hans Seyle apologised for making a serious mistake with his stress research. He confessed that ‘stress’ was the wrong term and he should have described his research findings as the ‘strain syndrome’.

The reason for this is that use of the word ‘stress’ has created the perception that it is something that happens to us and is continually acting on us. However, the reality is that we have to make a distinction between the external pressure (stress) and the internal effect (strain).

Our response to the external pressure is at least as important as to what is actually happening inside us. This is a profound truth and opens the door to getting control of the different pressures we face in life.

We are going to talk more about that in part 2, but for now it would be interesting to know your thoughts on stress and ways that you handle stress in your own life.

Please feel free to give your thoughts and comments on this subject below.

6 thoughts on “How do I cope with stress in my life? Part 1”