In the Khan Market area of Delhi is a thriving and busy bookshop called Bahrisons. It has been running since 1953 and is now based in the most expensive retail location in India (and in the top 30 for the world). But it has certainly not always been like that. 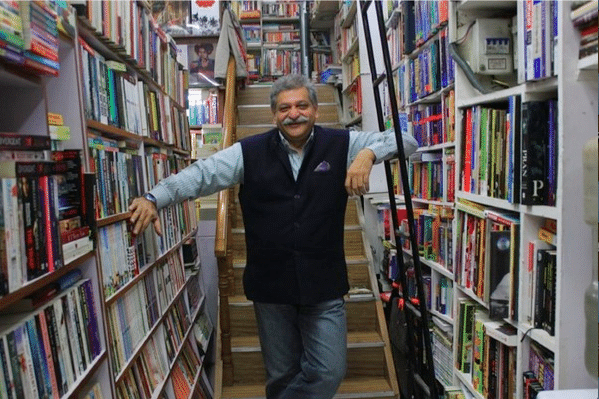 On this podcast I have the privilege of interviewing Anuj Bahari (pictured above) about his father Balraj Bahari Malhotra and the story behind the bookshop. Its a story that goes all the way back to the partition of India in 1947. It’s also a story about the importance of relationships of trust, entrepreneurship and calculated risk taking.

Do join us as we discuss the story behind the bookshop and life lessons in handling the challenges of starting and maintaining a business in a city that has evolved and changed dramatically over the last 70 years.

The following is a quote from the book, “Bahrisons: Chronicle of a Bookshop” by Anuj Bahri and Debbie Smith that traces Balraj Bahri’s journey. Writing about 1947 and the partition of India:

“Within 24 hours the fate of millions had altered and there was no way back. Friends, those we thought of as brothers, life long neighbours refused to look us in the eyes and ask us to stay and live together as we had always done.

I was not a bookseller then, just a young man of 19 who had thoughts of doing something a little different with my life, if only in a small way. I wanted to try something other than working the land or going into service, the traditional occupations of my family in the past. An engineer perhaps or a school teacher, but the owner of a successful bookshop in an alien city – not in my wildest dreams.”

The story reminds me of a quote from Thoreau that describes in a mysterious way how Providence can work in someone’s life:

“If one advances confidently in the direction of his dreams and endeavours to live the life which he has imagined, he will meet with a success unexpected in common hours. He will pass an invisible boundary; new universal and more liberal laws will begin to establish themselves around and within him; and he will live within the licence of a higher order of beings.”

You may also find of interest:

Do you work to live or live to work?

7 Lessons from a passport.

4 simple questions to ask yourself to develop confidence.