Should living in a VUCA world matter to you?

It has its roots in military terminology, but is being increasingly used to describe the complex and challenging world that we live in. Largely due to the exponential increase in the technological advances of the microchip, we are living through perviously unimaginable levels of change and disruption. 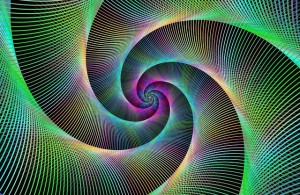 Here is how Peter Drucker, one of the greatest management teachers of the 20th century put it:

“We are in one of those great historical periods that occur every 200-300 years when people do not understand the world anymore and the past is not sufficient to explain the future.”

Bob Dylan has put it musically with his 1964 song, “The Times They Are A Changin”. (Interestingly around the same time Henry Moore made his prediction about the exponential growth of the microchip). Here is the first verse of that song:

Come gather around people
Wherever you roam
And admit that the waters
Around you have grown
And accept it that soon
You’ll be drenched to the bone
If your time to you is worth saving
Then you better start swimming or you’ll sink like a stone
For the times they are a-changing….

(If you want to listen to the whole song see here.)

For a long time though it may not have felt like that. Particularly in the case of  those in power and have been relatively well off, the world has been comparatively safe and predictable. That has often been the case for those of us in the affluent West.

The acronym VUCA describes the world as….

Volatile indicates how the size and speed of change is continually increasing. As an example, new companies are becoming billion dollar organisations in just a few years and what were once long established institutions are rapidly disappearing and becoming obsolete. Examples of the former include Facebook and WhatsApp while for the latter think of companies like Kodak.

From its launch in 2004 in a college dormitory Facebook has grown from zero to over 1.4 billion users in a little over 10 years. Similarly WhatsApp was started in 2009 and is the most popular messaging app in the world with currently 900 million users. With only 55 employees it was bought by Facebook in 2014 for $16 billion. By contrast Kodak started in 1884 and invented photographic film. It even created the world’s first digital camera in 1995. In 1996 Kodak had a 90% market share for photographic film and an 85% share of camera sales in the United States. It reached a peak of 145,000 employees in the late 1980s. However, by 2012 unable to keep up with the relentless technological change in the photography industry Kodak filed for bankruptcy and closed down.

Uncertain implies that what we have learnt from past experience is less and less relevant in explaining what the future will be like. In many ways that is not new. It implies how more and more no matter our so called level of expertise we do not really know what the future holds. To illustrate this have a look and chuckle at the following predictions by experts from the past:

“The phonograph is of no commercial value.” Thomas Edison , remarking on his own invention in 1880. (In case you are wondering the phonograph was the very first invention to record sound. From the phonograph came records, cassettes, CD players and eventually digital music)

“There is no likelihood man can ever tap the power of the atom.” Robert Millikan, Nobel Prize winner in physics, 1920.

“It is an idle dream to imagine that automobiles will take the place of railways in the long-distance movement of passengers.” American Road Congress, 1913.

“I think there is a world market for about five computers.” Thomas Watson, chairman IBM 1943.

“There is no reason for any individual to have a computer in their home.” Ken Olsen, president of Digital Equipment Corporation, 1977.

Reading such confident pronouncements by experts in their fields at the time, does make me wonder how much of what is confidently pronounced by experts today is just as way off now about the future. Often it is the smartest people who can think of all the reasons why something is not possible. The truth is there is so little we can confidently know about the future – and that is even more the case now.

Complexity indicates how much everything is inter-related in ways that are beyond what we thought or even imagined.

Again due to the power of the microchip and unprecedented advances in communication, events on the other side of the world can have an almost immediate impact on us. We can know about events instantaneously, but the availability of such information so quickly does not keep up with the pace of how to make sense of and interpret it. In other words, our technological advance is not at the same level of our wisdom. (See podcast and posts on wisdom here).

Ambiguous is  a reference to how there is a lack of clarity as to what events mean and what effect they may have.

So it is becoming increasingly more challenging to know whether an event is of great importance or just a trivial distraction. Again we are surrounded by so much information coming in so many different directions it becomes increasingly difficult to prioritise what is important and what is not. On a personal level I recall an email I received at work almost 2 years ago. it appeared to be a trivial matter relating to a course I had attended 5 years earlier. It eventually led to 6 months of paperwork and intense activity before it was resolved. That ambiguity caused me a significant amount of stress before it was eventually resolved. (Also see posts and podcast on stress here).

Living in an increasingly VUCA world presents challenges that previously were never imagined. I close with 2 quotes. The first by Albert Einstein:

“The significant problems we face cannot be solved at the same level of thinking we were at when we created them.”

To deal with these challenges new paradigms of thinking and action are going to have to emerge. With great challenges also come unprecedented opportunities.

Peter Drucker and Bob Dylan have raised these changes in the last few years. But then so has the writer to the Ecclesiastes in 935 BC. Here is the Message translation of the original Hebrew in chapter 3:

There’s an opportune time to do things, a right time for everything on the earth:

In our VUCA world with the incredible choices afforded to us, we need greater and more lasting wisdom to discern what is right to do, (For more on this see podcast and notes on wisdom).

These are just a few examples of living in a VUCA world. I have not even touched upon the impact on us relationally, emotionally and psychologically!

So should living in a VUCA world matter to you?

What thoughts, examples and comments come to mind for you?

9 thoughts on “Should living in a VUCA world matter to you?”