Are you being efficient or effective?

If you ask people these days h0w they are doing, the vast majority will tell you how busy they are. In many ways there is nothing wrong with being busy. The more important question is what are you actually being busy about? 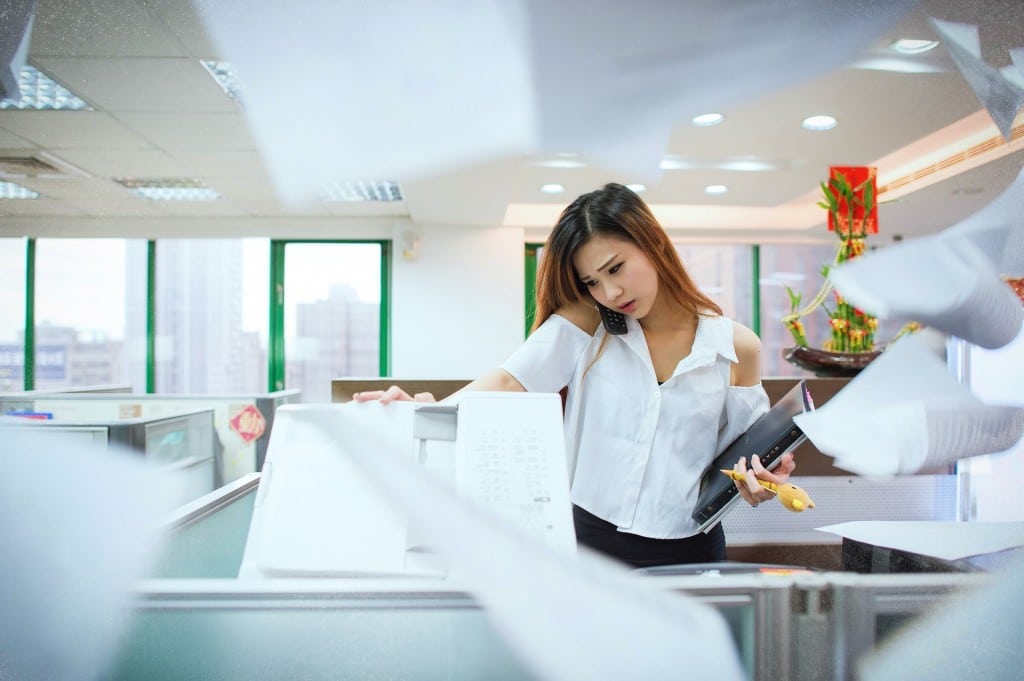 Efficiency is about doing something faster, cheaper and with less hassle. Its about getting more things done in less time. Nothing at all in one sense wrong with that either. Technology has increased efficiency dramatically in the last few decades. At the same time we have more and more things coming at us and so we naturally find ourselves speeding up and moving faster.

It was Mahatma Gandhi who first said, “There is more to life than increasing its speed.” He died in 1948 so what would he have made of today’s fast paced frenetic world? Speed is certainly something we have got in our lives!

While efficiency is important it only works when we make it of secondary importance and not the primary thing. In other words, it doesn’t matter how efficient you are if you are doing the wrong things in the first place. Of primary importance is ensuring I am getting the right things done. This is why effectiveness is so relevant.

For example you may be driving down the road at great speed, enjoying the weather and seeming to make great progress. But if you are heading North on the motorway to Edinburgh, and your actual destination is South in the opposite direction to London, then you are not being very effective!

While efficiency is getting more things done in less time, effectiveness is about getting the right things done.

Here is how the late Peter Drucker put it:

“Nothing is less productive than to make more efficient what should not be done at all.”

That is the crux of the matter. Being busy for the sake of being busy is not enough. Just being busy can actually be an enormous distraction.

Here are five dangers of simply focussing on efficiency for its own sake while ignoring the question of effectiveness:

1. You can get the wrong things done.
I have never been able to get its accuracy verified, but apparently during the Vietnam War there is a funny story about the so-called FKIA report. Apparently for several months (possibly longer), a report was being sent by a senior general from the front line to his superiors in the United States. It was called the FKIA report. It was carefully tabulated, recorded and sent on a regular basis. However, no one sought to understand what it was actually about. When questions were finally raised it transpired that it referred to the flies on the windscreen of a general’s jeep that he had killed with his windscreen wiper on a regular basis. Hence the abbreviation FKIA referred to Flies Killed In Action! That was the meaningless report he was sending for months at a time! He was being efficient, but he was achieving nothing!

2. You don’t address the real issues you are actually facing.
We tend to automatically assume that by doing things more efficiently we’ll eventually gain control of our lives. By getting more control, the thinking goes, we will find the peace and fulfilment we’re looking for. The problem is that life has a habit of always bringing up things that are out of our control!  Especially in an increasingly complex and inter-related world, there will always be things out of my control. If I base my happiness on having everything under control, then I am going to be quickly disappointed and frustrated!

3. Efficiency while it may be useful with things, systems and processes, it can be disastrous with people.
Have you tried to be efficient with a family member or colleague who is going through an emotionally difficult time? Just think how the following ‘efficient’ conversations would go down with the person receiving the following comments:
“Sorry, but I can’t let you express what you are feeling deeply about. I only have ten minutes scheduled for this interview.”
“Don’t bother me now, son. I know you are emotionally hurting, but can you just go somewhere else while I finish this ‘to do’ item on my schedule.”

4. By focussing primarily on efficiency then it is very easy for an organisation to lose sight of the true source of its effectiveness, which is its people.
With the current widespread emphasis on cutting costs to improve productivity, particularly topical in the public sector in the UK,  there is often an unintended downward spiral. Cost cutting is often done in a way that makes employees feel undermined. This makes their work harder and more frustrating, leading to lower morale. The lower morale in turn translates into lower overall productivity for the organisation. This also leads to employees being seen as “cost centres” rather than what they really are: the true source of value in an organisation. Another word for this is commoditisation. There is a race to the bottom to find the person who can do the job cheapest rather than who can do it best.

5. By making efficiency the most important priority, this leads to not seeing the importance of intangible factors that are the main source of value in modern organisations.
Technology has brought enormous changes and become so commonplace in our lives. So, for example, whereas a few decades ago to make an overseas call would have cost a fortune, now the same call is practically free. What is becoming more valuable are intangible factors like a positive encouraging culture, or supportive working relationships and empowerment to attempt your best. In other words, effectiveness comes from people first, not things. Things can be replaced, but not necessarily the creativity and energy of people.

Treating people as whole people and not machines who get a job done is what will lead to the greatest level of effectiveness. To thin in terms of effectiveness before efficiency requires a paradigm shift in thinking.

What we are saying is you can’t truly be effective and ultimately productive unless you have a clear direction and destination. Once you have that in place then efficiency comes into play. But for many people and many organisations that requires a radical change of direction. Here is how C. S. Lewis put it:

“Progress means getting nearer to the place you want to be. And if you have taken a wrong turning, then to go forward does not get you any nearer. If you are on the wrong road, progress means doing an about-turn and walking back to the right road; and in that case the person who turns back soonest is the most progressive man.”

What are the tensions you have experienced in being effective in the work you do?

2 thoughts on “Are you being efficient or effective?”