This has been a very hard week. I had just spent a week in Delhi primarily giving leadership training for 3 days to Delhi Bible Institute and then visiting family and friends. That was not why this last week was so hard. 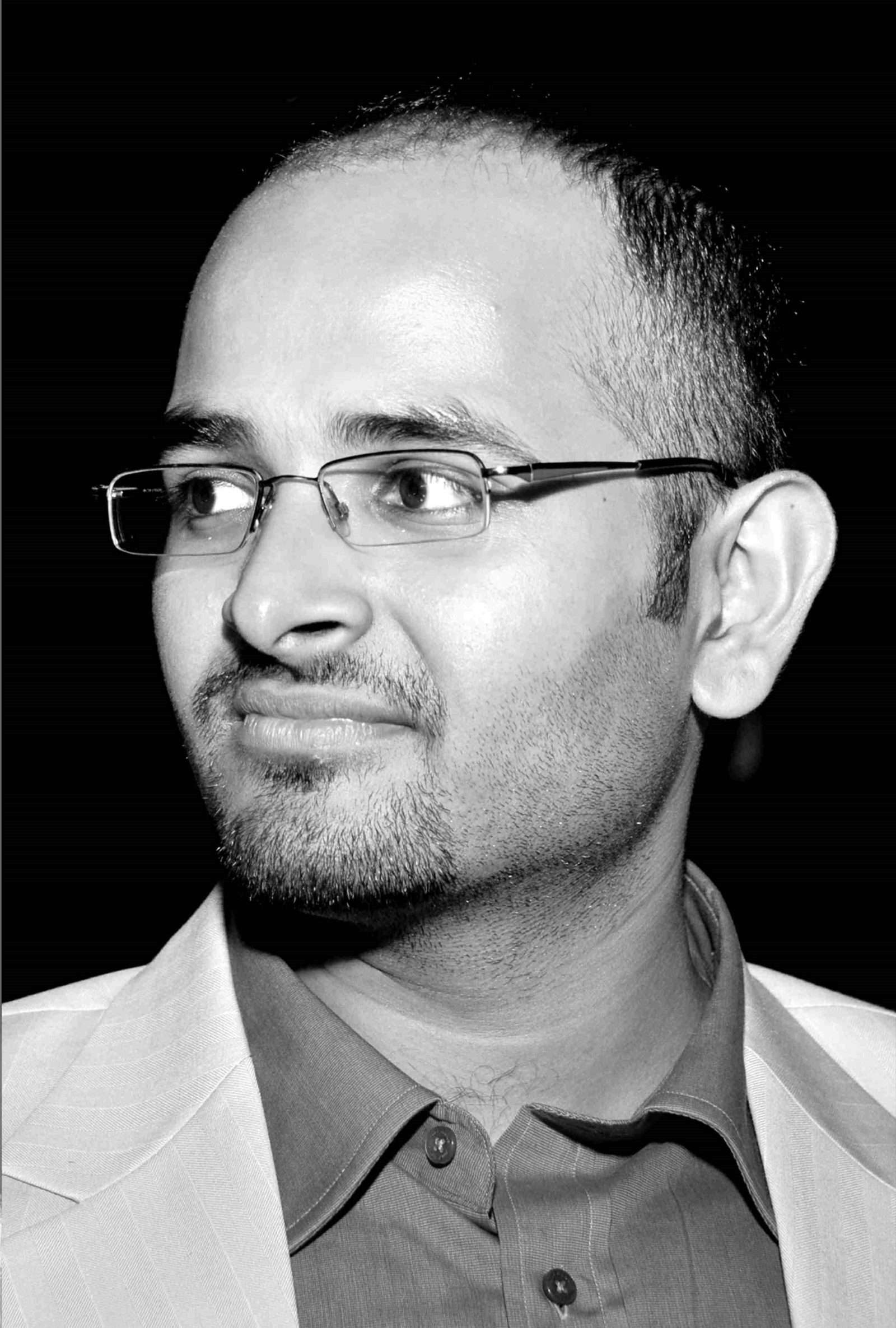 I was able to spend time with a dear friend of mine who I have known for almost 10 years and was settled in Delhi with his wife. Abhishek (or Bunty as many of have known him) and Jayshree had been married for the last 2 years. Bunty has been like a younger brother to me. I last saw him on the night of Saturday 15 March 2014. We spoke on the morning of Monday 17 March. In the evening I received a call from Jayshree that he had died suddenly. He was only 32 years of age.

As one of the many family and friends who are still recovering from the shock of this tragic loss I want to share the following tribute to this dear brother who I, like many others, have had the privilege of knowing.

I first met Bunty in 2004 through our church at the time in Hounslow, West London. He had come from India to do a masters degree in Sports Management with Metropolitan University.

Bunty was one of the fittest people I have ever known. He was amazingly self-disciplined to do regular exercise, particularly with weights. He was meticulous with his routines and diet. He inspired me to take up a regular swimming routine and make my physical health an important priority in my life.

Although knowing a lot of the Bible from childhood, it was in coming to England and meeting with other disciples of Christ that Bunty himself had a spiritual awakening. I had the privilege of baptising him in the summer of 2005. The Bible verse that God laid on my heart for him at the time and that we discussed on a number of subsequent occasions was 1 Timothy 4:7-8 that says:

“Have nothing to do with godless myths and old wives’ tales; rather train yourself to be godly. For physical training is of some value, but godliness has value for all things, holding promise for both the present life and the life to come.”

What were some of Bunty’s qualities that I and I know so many others greatly appreciated:

1. His faithful friendship.
Bunty enjoyed friends for friendship sake. He had a wealthy abundance of close friends. In a world where so many see friendships as a means to only task fulfilment, Bunty was always willing to make himself available to talk and listen- no matter what the day or time. During my recent week in Delhi, as was so typical of him, he would go out of his way to pick me up from various addresses to take me to my accommodation so that we could simply ‘hang out’ (as he liked to say) and chat. When I let him know about a relative’s wedding in Mumbai later in the year that I was thinking about going to, he was keen that our two families drive over to Goa for a few days. Bunty understood that true success is related to friendships.

2. His sense of humour.
Bunty had the uncommon skill of not taking himself too seriously. He took God seriously in his life, but was able to so easily find the funny side of the mundane or irritating. His one liners and playful teasing of others brought to so many of us such joy and light relief. As Maxwell’s 10th law of leadership states, he was able to skilfully touch a heart before asking for a hand.

3. His generous spirit, servant heart and willingness to go the extra mile.
Bunty had a lot to give in terms of time and effort. He was enormously talented musically and with technology. When he was 18 and went to St. Xavier’s College in Mumbai, he would regularly be immersed for days at a time in organising the logistics for school productions. He loved the team working and camaraderie of working together behind the scenes for a common goal. He loved to see excellence in any activity and would always strive for that.

At my home I use to get his help regularly with challenges with computers and electronic devices. I would find them enormously frustrating and draining. I can recall Bunty regularly dealing with one of my technical challenges and seeing the computer not doing what it was suppose to do, but responding with “That is really amazing! Wonderful!” He loved the challenge of fixing things and it gave him enormous pleasure to serve others in this way.

It was also Bunty who first helped me to grasp the potential of harnessing the power of technology. With the arrival of mp3 players and the iPod it was he who helped me get a grip on the technology. I have a folder on my iPod that he he made for me of his favourite worship songs about 5-6 years ago. It is entitled simply ‘Bunty Album’. Two of those songs that I know he really loved are ‘Who Am I?‘ and ‘In Christ Alone‘. I cannot now hear those songs without thinking of Bunty.

When I was with him last week I casually mentioned that my daughter Nisha was interested in photography. The next day he spontaneously offered his SLR camera and equipment to Nisha as he felt he no longer needed it. That was so typical of his generous nature.

4. His refusal to give in to negative circumstances.
Bunty had an uncommon knack of looking to the positive and not giving in to destructive criticism or complaining. His manner of going out of his way to show appreciation to others was a real example to me. He instinctively understood the importance of right attitude no matter what the circumstances.

I know Bunty would be very embarrassed by all that I am writing about him here.
He hated having attention drawn to himself, but his caring nature and sensitivity was enormously enriching to so many of our lives.

I don’t want to make out that Bunty was perfect – far from it. He knew that (as did Jayshree, his friends and the rest of the family!). Bunty and I spent many occasions discussing and praying through areas in his life where he was struggling. I too felt so able to be open and honest with him about what I was finding difficult or challenging in my own life.

But I also know that Bunty’s source of confidence and security was his personal relationship with Christ. It was where he put his confidence, trust and hope. It was not in his own self-discipline. Huge as that was, he knew that was not enough. There is someone who has lived the perfect life we cannot live. Bunty knew that and has gone to be with Him, Jesus.

Bunty still had so much more to give. His father shared with me how from a career perspective he appeared to be on the verge of major advancement and promotion. As wonderful as that could have been God had other ideas and we can only submit to His will.

Bunty loved reading a huge variety of literature. Although he is no longer with us I know that through his faith in Christ he has gone to a much better place. He is content and at peace with God. It is we his friends and family who find it so hard.

But we do not grieve without hope. In Tolkien’s ‘Lord of the Rings’, which Bunty enjoyed, Samwise Gangee wakes up having been rescued from the fires of Mount Doom and sees Gandalf still alive. Samwise’s words ,I know because of Bunty’s confidence in the resurrection will become his own as well. I know he would want us to experience this for ourselves:

“Gandalf, I thought you were dead. But then I thought I was dead. Is everything sad going to come untrue?”

Bunty knows that Jesus has made it possible for everything sad to become untrue. It is as though Bunty has gone to another room where we at the moment do not have permission to enter. Bunty would want me to point you not to himself, but to the resurrected Saviour who has opened the door to eternal life and everlasting fulfilment.

Bunty has got his unexpected promotion and is waiting for us there. We are missing him terribly, but also know he is completely safe and secure. As someone who has had the privilege of knowing Bunty’s heart, I am sure he would want you to know Christ’s love, truth and grace in all its fullness so you too can know this ultimate security. Bunty understood how as the author Tim Keller states:

“In Christ our bad things can turn out for good; our good things can never be lost and the best is yet to come.”

Bunty, I gave you a big hug to say goodbye that evening on Saturday 15 March. I look forward to getting another big hug when we meet again in eternity.

If you did not have the privilege of knowing Bunty then my prayer is that this small window into his life will be an encouragement to you in whatever challenges you may personally be facing.

By all means feel free to leave a comment or question below. Finally the book below by Tim Keller is an enormously helpful resource that as the title states, teaches about how to walk with God through pain and suffering.