Well its finally happened. I’ve turned 50 today! On reaching such a milestone its good to pause and reflect on lessons learned and I am still learning. Hopefully this is not just a vain exercise, naval gazing, or even the ramblings of an old man! My intention is that they may provide some good food for thought for you the reader that you can then apply in your own life. 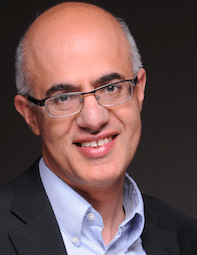 Some quotes and reflections that have guided my thinking:

Soren Kierkegaard said, ‘Life can only be understood backwards; but it must be lived forwards.’

Also according to J. K. Rowling, whose quote from her speech to Harvard graduates we have used in the introduction to the podcasts:

“Life is difficult and complicated and beyond anyone’s total control. The humility to know that will enable you to survive its vicissitudes.”

With that in mind and in no particular order here are some personal life lessons on turning 50:

1. I’ve been learning to be comfortable in my own skin and context.
For much of my life I’ve been a dreamer, excited by the possibility of what could be and striving to climb the next hurdle or achieve some goal or other. Growing up I’ve often felt an outsider.  I came to England at a young age from India, but for many decades have not really felt I belong here. However, when in India I would feel I did not belong there either. (A 15 minute video on that is here).

That pattern has continued for much of my life. I’ve played so often the dangerous ‘comparison game’ – comparing my lot with that of others and often feeling hard done by. I am sure that contributed to my struggle with depression and negativity. (For more resources on combatting depression see here).

The reality is there will always be people ahead of you in some way or other and also always people who have less than you. So much better to be thankful for what you do have than wishing for what you don’t have. (A great teacher of that is Nick Vujicic).

By all means be ambitious and get out of your comfort zone, but at the same time it is vital learn to enjoy the present moment. The time to be happy and thankful is now. (Also see the blog posts Which Way Are You Looking Part 1 and Part 2 along with the podcast Rediscovering Joy).

A particular turning point for me was in my early 40s when I undertook  an exercise to ask 10 people who knew me well to point out one strength and one area I needed to work on. I always remember the feedback from one dear friend, Isaac Shaw. He wrote succinctly, “Sunil needs to learn to be comfortable with his own uniqueness.” That was like a thunderbolt in my life. A true paradigm shift that enabled me to move on in my thinking.

Rather than wishing I was someone else or somewhere else, I have kept on needing to learn to embrace what is right in front of me. Slowly I have been learning to apply that lesson.

Nahum of Bratslav said:
“When I appear before the Heavenly tribunal and I am asked, ‘Why did you not lead your people like Moses?’
I shall not be afraid.
‘When I am asked, ‘Why were you not a David who worshiped me and shepherded your people?’
I will be calm.
‘When they query, ‘Why were you not Elijah who spoke the truth and brought forth justice?’
Even then I will not shake.
“Ah, but when they ask, ‘Nahum, why were you not Nahum?’
It is then I will tremble from head to toe!”

2. While being content with who I am, there is a place to appropriately strive and grow into all who I am called to be.
I think this is the paradox with life. it would be so easy to use the first lesson as an excuse to justify my bad habits and selfishness.

John Newton (1725 -1807) was a slave trader who lived a life of profanity, gambling and drinking. He experienced a spiritual awakening which led to a radical change in the direction of his life. He wrote the famous hymn ‘Amazing Grace’. A favourite saying of his captures the concept of, what is called The Gap beautifully:

He was able to make the distinction between where he ideally wanted to be and where he actually was while at the same time being able to be grateful for how far he had come.

When I think of spiritual maturity and growing in Christ-likeness I now have much more helpful questions to ask myself.

Compared to say a year ago:

3. Life only really makes sense in the context of love and friendship.
It is so easy to find fault in others. It appears so natural to devalue those around us or see relationships as a means to just getting what you want. I have so often been guilty of those things.

My parents and wife Sally have beens such an example to me of unconditional love and acceptance. (For a tribute to my Dad and lessons I have learnt from my parents see here).

I have also been reminded of the huge importance of this lesson from the sudden loss on 17 March 2014 of my dear friend Abhishek Banerjee (Bunty). I met with him in Delhi the week before he died and spoke to him from England on the morning of his untimely death  (For more on that see here.) Bunty certainly taught me a lot on the value of friendship. Here is what I wrote about him then and what he taught me on friendship:

“Bunty enjoyed friends for friendship sake. He had a wealthy abundance of close friends. In a world where so many see friendships as a means to only task fulfilment, Bunty was always willing to make himself available to talk and listen- no matter what the day or time. During my recent week in Delhi, as was so typical of him, he would go out of his way to pick me up from various addresses to take me to my accommodation so that we could simply ‘hang out’ (as he liked to say) and chat.”

(For details on a project in Kolkata set up in Bunty’s memory see here).

It really is friendships that make sense of life. What is the point of doing anything or having anything if you don’t have people to share that with? It is so important to have a community of people around you who nurture and encourage you. Having said that it is also the difficult relationships that can teach you so much about yourself. (That will have to be another blog post at another time!).

I think I need to stop here!

Thank you for paying attention to the ramblings of an ageing man!

Feel free to add any comments, thoughts or reflections as you see fit.