When is wife-beating just a cultural issue?

No you haven’t misread the title of this blog post!  We have talked about how culture is much more than the food we eat and the clothes we wear. It profoundly affects the way we look at life and in turn the way we live. Everyone likes to think their cultural way of doing things is the best or even the only way. That brings us to the example of wife-beating. 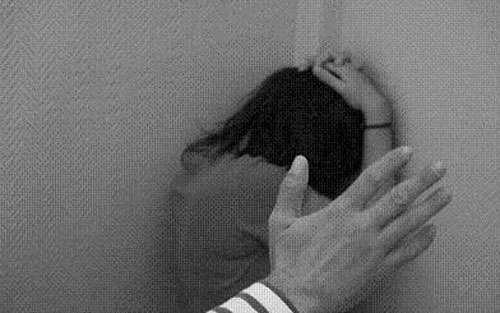 Should it be a crime for a husband to beat his wife? Or is wife beating just a cultural issue? That’s not as crazy a question as you might think.

In the United Kingdom during the 1800s, a time of widespread professed Christian faith, wife beating was extremely common and only caused outrage if it was exceptionally brutal or endangered life. There was a widespread belief among ordinary people, both male and female, that it was every man’s ‘right’ to beat his wife so long as it was to ‘correct her’ if she did anything to annoy or upset him or refused to obey his orders.

In 1853 a British newspaper remarked that wife-beating was ‘being accepted as the habit of the nation’. The church by and large in England at the time saw nothing wrong with it. (For more on this see here).

That was the 1800s. How about more recently? I remember speaking with surprise and shock to some Punjabi Christian men and women in England in the late 1980s and 1990s and hearing how wife beating was an acceptable thing to do. The only question was how much pain and damage you caused……..

Domestic violence, usually the husband beating the wife, is still an issue in England, but the culture  generally accepts that it is unacceptable. It is a criminal offence recognised in law and over the last 150 years significant progress has been made while there is still a lot to be done. In 2015 there were 2 women killed every week in England and Wales by a partner or former partner. The Police in the UK receive one call every minute related to domestic violence. (For more on this see here).

Having said that wife beating as a criminal offence is not as obvious as you might think. For example in Russia wife beating is a question of culture and not of right or wrong. On 25 January 2017 the Russian parliament (the Duma) voted to decriminalise domestic violence against family members unless it is a repeat offence or causes serious medical damage. In Russia domestic violence, usually the husband beating the wife or parents beating children is seen as part of Russian culture. So it is seen as a way of building strong families. An old Russian proverb says “If he beats you it means he loves you.” The Russian law that is being passed allows abusers to beat relatives once a year with no case for a crime to be recorded. This year it won its second reading in the Duma by a massive 385 votes for and only 2 against.

Similar statements could be made about wife beating for many countries in the Middle East where it would be regarded as a matter of culture and not of human rights.  According to some proponents of Islamic law, a husband may strike his wife for any one of the following four reasons:
– She does not attempt to make herself beautiful for him.
– She refuses to meet his sexual demands
– She leaves the house without his permission or for a “legitimate reason”
– She neglects her religious duties.
Any of these are also sufficient grounds for divorce. (For more on this along with the work of Baroness Caroline Cox talking about the dangers of Sharia courts in the UK see podcast #019). A helpful summary on wife-beating in Islamic cultures is here.

But equally there are things in our own culture that a hundred years from now, our grandchildren and great-grandchildren will be saying, “How on earth could they call themselves enlightened and progressive and believe and do those things?”

So culture can become dangerous when it becomes too important to us. In other words, from a Biblical spiritual perspective, culture becomes an idol of the heart. Worshipping an idol is much more than bowing down to a statue. An idol is making anything more important than God.

Part of the problem is that we like to imagine God is made in our own image. In the book of Genesis we are told that human beings are made in the image of God. However, human nature is to put this in reverse.  I naturally want to make God in my own image. All of us have this tendency. So God, if you like, is the best bits of me on my best day. That is what I like to think, but then so do all of us. We do that personally and we do that collectively as groups, as churches, as religious organisations, as nations. We assume God is like me or at least like my culture.

Culture has a powerful impact on so much of our lives. Because culture is so core to our identity we can hold onto our cultural beliefs with great tenacity and conviction, even in spite of evidence to the contrary showing it to be harmful.That is why challenging someone’s culture can evoke the same response as criticizing someone’s mother. You may have mixed feelings about your mother; there may be some habits or idiosyncrasies about her that annoy you, but should anyone criticize your mother then all sorts of defences and emotions can quickly come to the surface!

In many ways that what makes Paul’s words in Romans 12:1-2 from 2000 years ago so powerful and revolutionary. Here is the paraphrase translation from original Greek in the Message translation. Please read it slowly to reflect on the implications it makes about whatever culture we come from:

So here’s what I want you to do, God helping you: Take your everyday, ordinary life—your sleeping, eating, going-to-work, and walking-around life—and place it before God as an offering. Embracing what God does for you is the best thing you can do for Him. Don’t become so well adjusted to your culture that you fit into it without even thinking. Instead, fix your attention on God. You’ll be changed from the inside out. Readily recognize what He wants from you, and quickly respond to it. Unlike the culture around you, always dragging you down to its level of immaturity, God brings the best out of you, develops well-formed maturity in you.

For a deeper discussion on the spiritual implications of this see Podcast #007 on Religion and Podcast #018 on Spiritual Maturity.

But for now what questions, comments and reflections does the question of the dangers of culture raise for you? When should wife-beating be excused as just a cultural issue?

6 thoughts on “When is wife-beating just a cultural issue?”